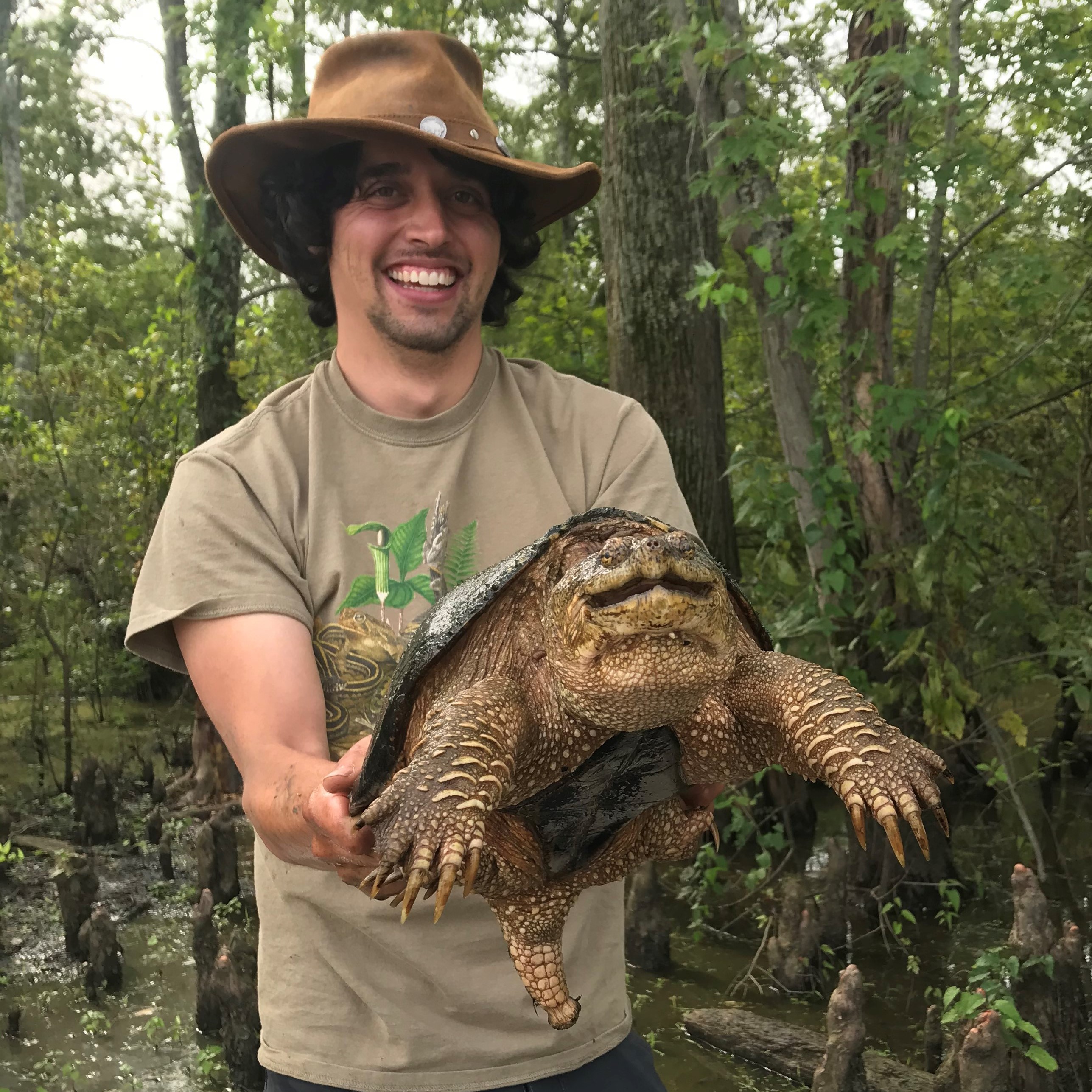 Bottomland hardwood forests once comprised 21 million acres that stretched from southern Illinois to coastal Louisiana. However, today 80% has been cleared for agriculture. Land managers are left with the task of managing amphibian and reptile populations in the highly degraded and modified remnant bottomland swamps. The northernmost cypress-tupelo swamp in north America, the Cache River watershed in southern Illinois, has been heavily drained in the past, however the Illinois Department of Natural Resources (IDNR) has installed water control structures to manage water levels. Very little is known about the reptile and amphibian communities in the under studied, IDNR managed, Buttonland Swamp. My research involves an inventory of the reptile and amphibian communities of Buttonland Swamp and research evaluating how water level changes many influence the herpetofauna. Specifically, I am studying the anuran breeding phenology, and larval herpetofaunal community structure across habitats with varying hydrology, and specific studies on occupancy patterns of Lesser Siren (Siren intermedia) and Cope’s Gray Tree Frog (Hyla chrysoscelis).

Lastly, the swamps of southern Illinois are known for their large migrations of snakes from the swamps to the rock bluffs in the spring and fall seasons. The limestone and sandstone cliffs of southern Illinois support a diverse and abundant snake community that reliably use easily identifiable hibernacula in cracked rock faces and rock scree. The hibernation period likely has a strong influence on immune function,  since animals do not feed, and go into physiological dormancy that includes reduced metabolism, low body temperatures, and likely lowered immunity. The hibernation period is thought to be when snakes are the most susceptible to disease such as snake fungal disease. Both skin and gut microbiomes are also likely affected by body temperatures, hibernaculum conditions, and hibernation physiology. There is very little research on snake microbiomes, but they are thought to play roles in immune function, resistance of fungal pathogens, and metabolism. Therefore, I also study the microbiome and immune function of snakes just prior, during, and after hibernation in Cache River of southern Illinois.